The First Replication Of The First Open Source Tractor

Open Source Ecology (OSE) is trying to create an open source alternative to all of the industry and infrastructure that a modern civilization requires.

They got a little bit closer to that goal when two high school students followed the documentation provided on their website and produced an independent copy of OSE’s LifeTrac and the Power Cube that provides it with hydraulic pressure. This is D & H Tractors discussing the process.

Joe Justice on inventing, innovating and executing at lean startups.

Science is a good match for the open source philosophy.

Joshua Pearce of Michigan Tech’s Open Sustainability Technology Lab is an example of where the rubber meets the road. He has nearly two dozen Thingiverse things, and most of them are awesome tools for scientists. His work has been profiled in Mighigan Tech News and Popular Mechanics. You can also read the transcript of an interview with Science Magazine Podcast here (pdf). Pearce has a paper called Building Research Equipment with Free, Open-Source Hardware in Science Magazine, but it’s behind a paywall. The summary is here.

More after the jump.

END_OF_DOCUMENT_TOKEN_TO_BE_REPLACED

Over at Genomicon there’s a good post examining why it is vitally necessary for open hardware to “Lego-ify” if it wants to get any kind of wide acceptance.

Home computers started to really take off after the text-only interface of DOS was replaced with the graphical interface of Windows. Individual contributions to the web started to really take off after raw html code was replaced with higher level languages and tools. Tinkering with electronics is a lot more attractive when it doesn’t require soldering.

At the moment, possibly one of the largest barriers to entry for open hardware are CAD/CAM tools. Just like microcode, they have to be complicated because there are so many variables that have to be accounted for. However, they can slip into the background behind more user-friendly interfaces. But, any time you reduce complexity you have to decide which variables the user is allowed to manipulate.

Lego keeps coming up as a metaphor because it’s perfect. Lego handles all the nitty-gritty details of tolerances and compatibility, then simplifies the nearly unlimited design space into neat little packages. That kind of thing has to happen, and has to happen well, before a technology can achieve any kind of scale. The expert hobbyists can always figure out what’s going on, but the people who just want the technology to do something for them aren’t going to put up with much troubleshooting. Best Buy currently makes a lot of money hooking up audio/video gear, which is nothing more than plugging cables into boxes, because even that high-level packaging is too much for some people.

Details after the jump.

END_OF_DOCUMENT_TOKEN_TO_BE_REPLACED

Mach 30 is a 501c3 non-profit “dedicated to the advancement of humanity into a space-faring civilization…through sustainable leadership, open source hardware, and the use of mature technology.”

They’re starting small, with a test stand for Estes rocket motors. Their budget is fixed at $200, not including “consumables.” Their timeline is 3 months, assuming sufficient volunteer effort. Like this, only closer to the size of a microwave. 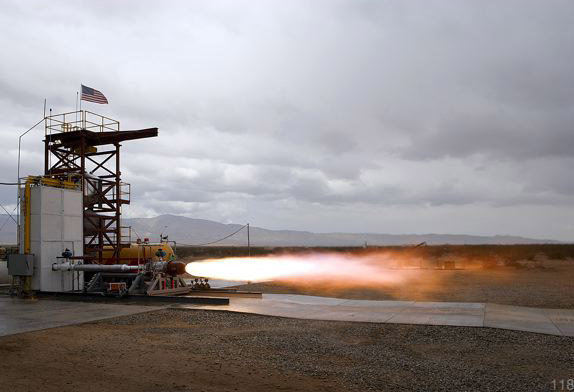 Mach 30 has an “open design pledge” rather than a traditional license: “In order to promote open sharing of the design of its hardware projects, Mach 30 will license all material related to hardware projects it creates under open licenses, asking only for attribution in return, without limits on the making, using, or selling of that hardware.” Basically, they seem to be treating the software as a solved problem, taken care of with the existing Apache License 2.0, but open hardware licenses aren’t as well developed, so Mach 30 is simply releasing them into the public domain.

Science is awesome, amiright? What’s awesome-er is when the (way too) expensive tools scientists need to do their science are open sourced.

Meet Alex Kiselev. He is open sourcing an electrospray ionization mass spectrometer. Normally it costs $80-250K but he expects his version to cost $10-20K. The single quadrupole mass spectrometer and ion source used for John Fenn's Nobel Prize winning discovery of electrospray ionization. This instrument is on display at the Chemical Heritage Foundation Museum in Philadelphia, PA

He has a reasonably good chance of realizing his dream of founding Open Industrial and providing low-cost high-performance scientific instruments to all the people in the world who have good ideas but don’t have enough money. This is because the Thiel Foundation, through Breakout Labs, is in his corner. He still has to win, but either way he’s gotten some good mentoring and publicity.

Openalia is a brand new word (you’re welcome) made by combining “open” as in “open source” and “paraphernalia” as in “hardware.”

If I can be modest for a moment, this blog will advance the revolutionary paradigm shift that is open source hardware. The networked age has created an opportunity for everyone who is more interested in solving problems than making money to geek out together, making the world a better place in the process.

Find us on Google+